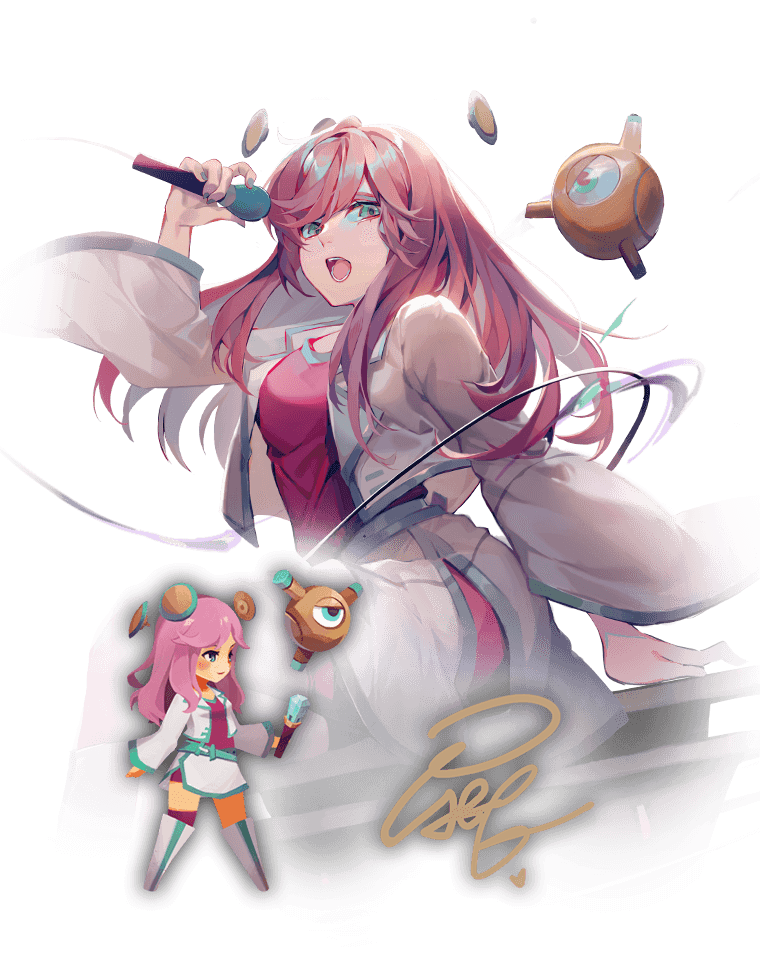 Naturally endowed with extraordinary beauty and a stunning voice. For these reasons, she signed a contract with a record label after they took a fancy to her, becoming both a household name and a superstar. However, right before her concert debut she was involved in a serious car accident that left her unable to recall memories from her past. After that, she suddenly began to fear strangers, lacked personal opinions and became entirely reliant on her sister, who also acts as her manager.

She was told that her name is Aroma White, but the name just didn’t resonate with her; wherever she looks, all she feels is emptiness. The only time PAFF feels unparalleled happiness is when she’s singing.