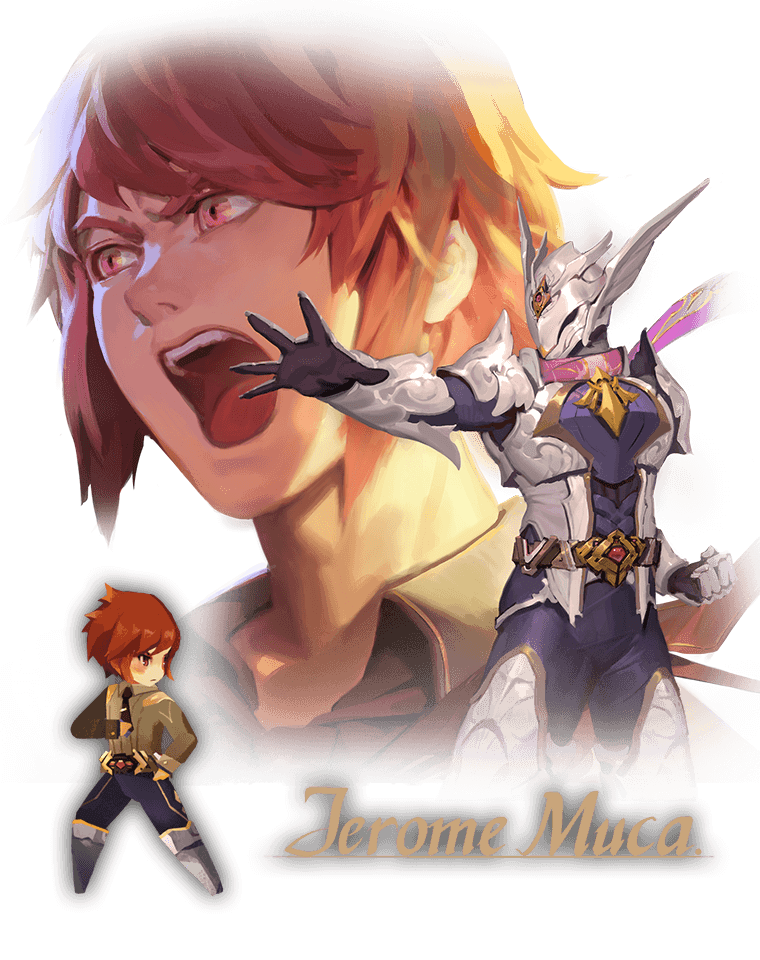 Today was supposed to be Jerome’s hard-earned day off, but after Fredrica invited herself along for the ride and disagreements arose, the atmosphere took a turn for the worse.

Early in the morning, Fredrica barged into Jerome’s house using any means necessary to convince him to wear the rune device she had developed herself, all the while exaggerating the various annoyances one might encounter on one’s day off. Unable to bear the harassment, Jerome had no choice but to flee his residence, heading to the outskirts of town to take his mind off everything. Unarmed and defenseless, Jerome remembered what Fredrica had said and clipped his belt into place. Immediately, the armor protecting his organs covered his entire body from harm. By the time the shock wore off, Jerome had already become a light-armored knight, using his fists and feet to pummel his opponents into a state of scurvy sorrow!

Having escaped by the skin of his teeth, both Jerome’s respect for and indebtedness to Fredrica increased. From time to time, strange ripples emerged on his chest… Until he finally realized that Fredrica had forgotten to add a rune that would remove the armor.