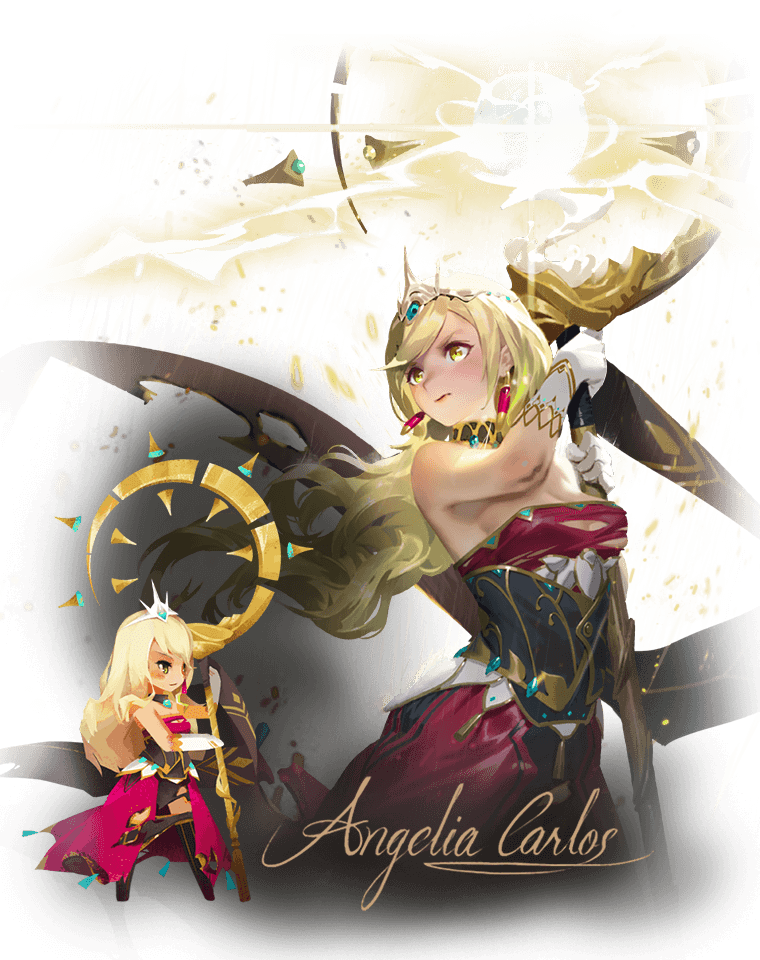 The Kingdom of the Sun’s princess, fighting for the sake of her people. Softhearted, gentle and compassionate; her personality is her strength, but also her weakness. Soldiers are willing to fight to the death for the kind princess. However, every time someone falls in battle, the amount of pain and self-blame Angelia places on herself increases.
Even though she has no combat experience, she still wants to stand by her people. With that belief in mind, Angelia suited up in her combat gear and journeyed to the frontlines. On the bloody, lifeless and dark battlefield, she is the beacon of light that leads the way.