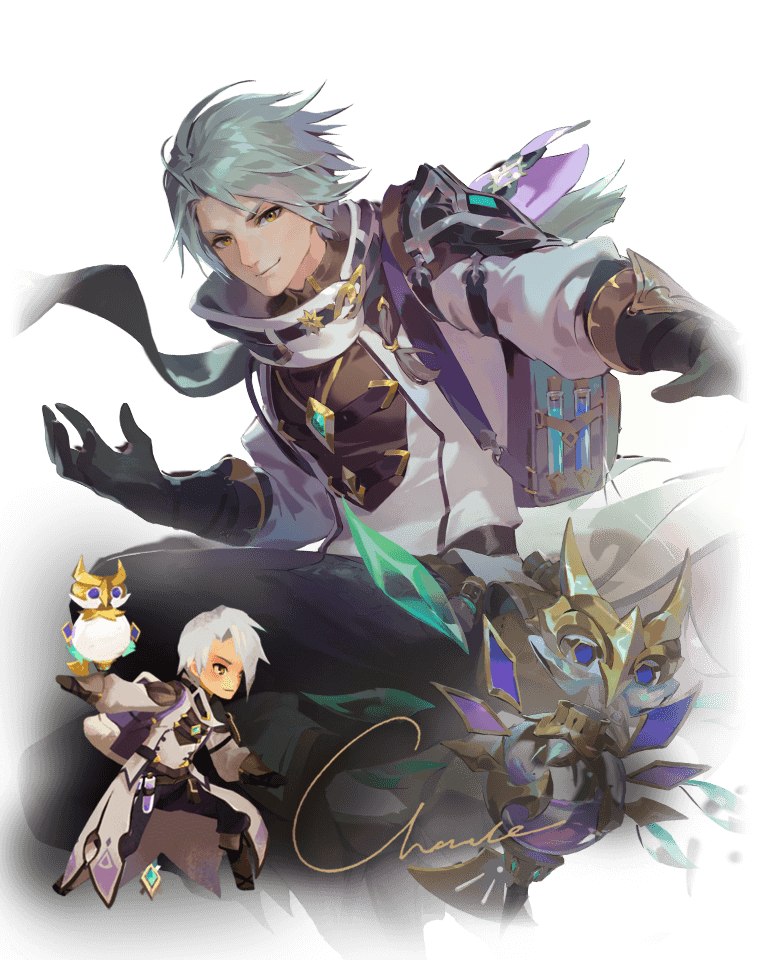 Rune Academy graduate student and teaching assistant. A self-proclaimed “Explorer”, Charle was young, energetic and filled with passion. Curious about the world outside of Kingdom of the Sun, he was especially keen about researching ancient civilizations. Because of this, Charle often took his self-made rune item “Owl Boy” and went on adventures to different regions all by himself. His trails covered almost all of continent Vendacti!
Explorer Charle has visited fallen kingdoms, dug out ancient runes, sneaked into trap-filled hidden ruins, dealt with scary crises caused by monsters and more… Wherever he went, strange incidents always seemed to accompany him! However, the brave young Charle was rather simple-minded and reckless. That gave him some difficult times during his adventures. Hungry and freezing nights were quite the regular occurrence too. Perhaps his current “unique” taste in food is a product of all those adventuring experiences during his younger days.