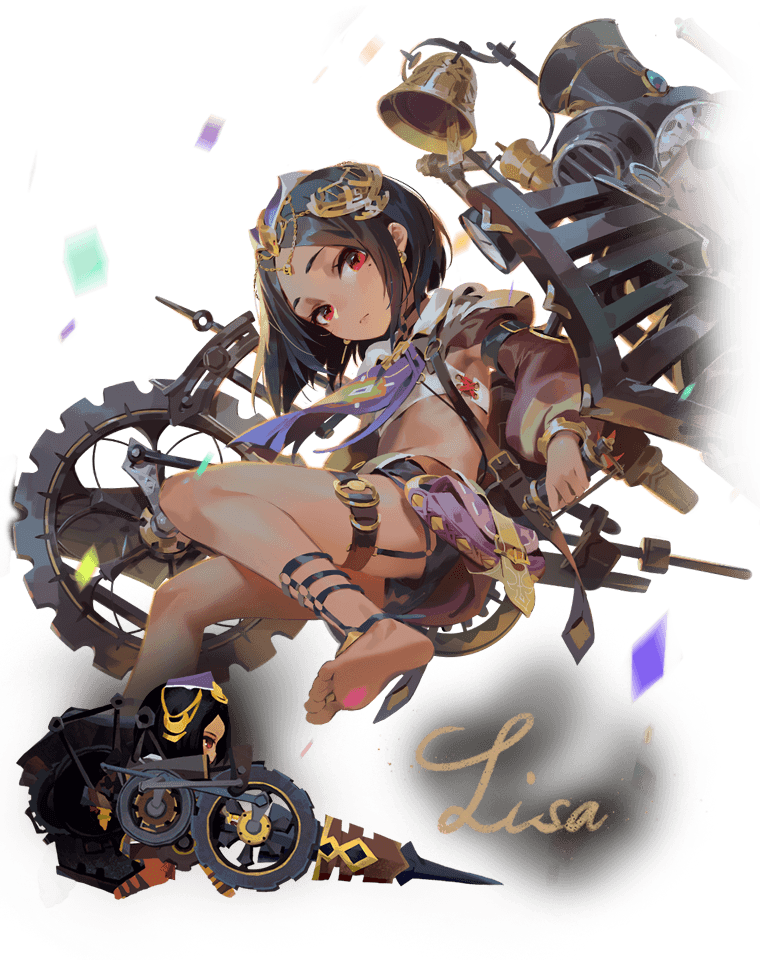 Mechanican merchant Sherlock’s adopted daughter.
When she was a child, she met Desert Bazaar merchant Sherlock on the battlefield. After noticing her talent to gather a crowd, Sherlock adopted her.
When she was adopted, Lisa was a cute, independent and polite little girl. She did her job well, dancing at Sherlock’s booth every day to help him gather customers. One day, her foster father Sherlock was kidnapped by debt collectors. The then six-year-old Lisa, in all her panic and desperation, turned her eyes to the equipment that has been lying around in Sherlock’s home. Armed with a whole arsenal of gadgets and weapons from the Mechanical Empire, young Lisa broke into the enemy’s stronghold by herself and would stop at nothing until she rescues her dear father!