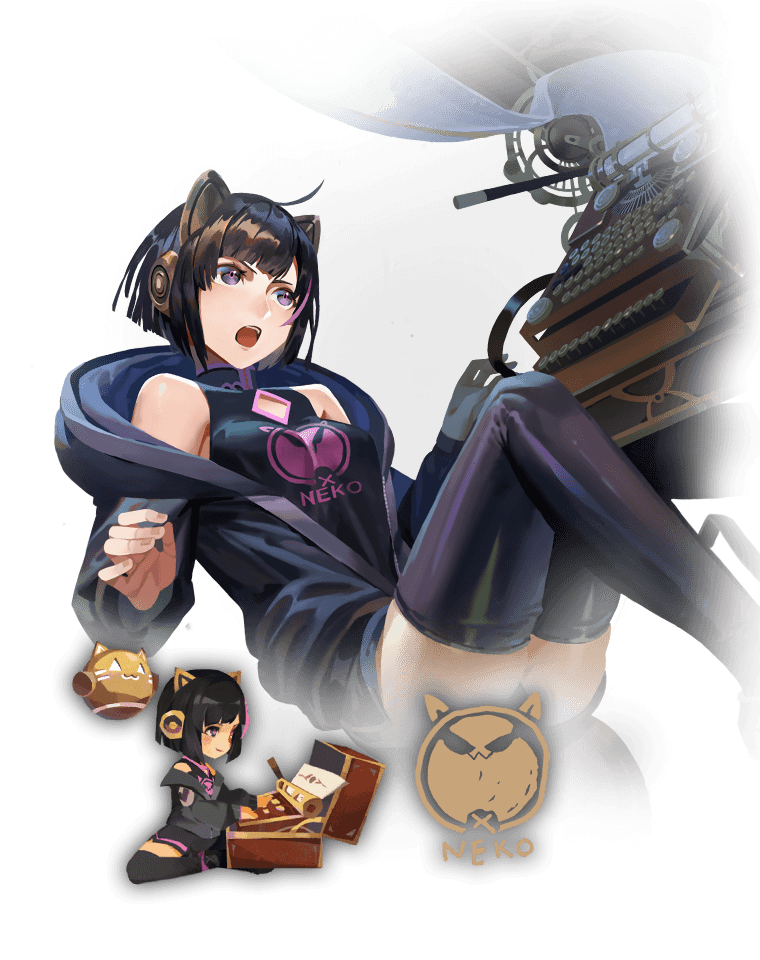 NEKO#ΦωΦ’s given name is Asakura Neko, a vivid and outgoing girl who’s become a streamer that’s garnered uber-popularity on the virtual internet. She’s drawn in most of her fans due to her unique style of speaking and use of internet slang. She’s also a diehard music lover that detests PAFF for things that occurred in the past, often poking fun at and mocking the pop idol.

Used to calling herself NEKO, she speaks directly and often causes trouble. A lover of all things cute and interesting, she’s a kind, lively child.