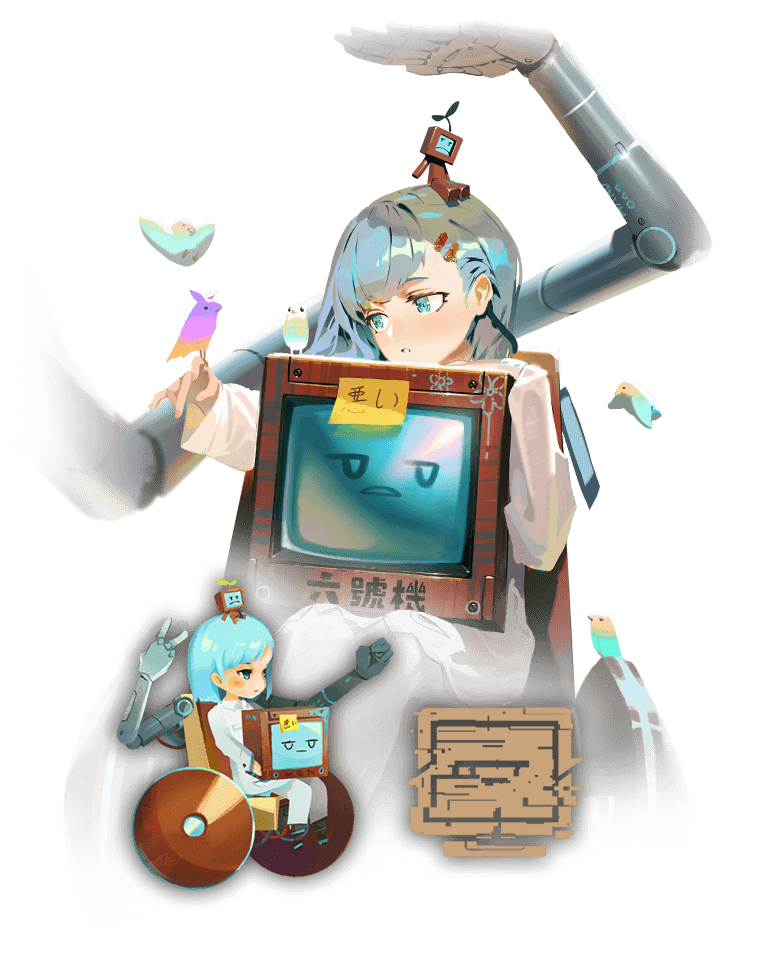 Sold to the gangs as soon as she was born, she grew up as an experiment. She possesses genius intelligence but lost both of her legs and her voice. Having used a special wheelchair her entire life, she uses the device known as “Unit-01”, which she made herself, to simulate the human voice and communicate with those around her. Though she’s aware of her given name, she never goes by Shiino Shizuka.

After seeing countless brutal images with her own eyes, Nora began to rarely speak with others. Usually, she wears an emotionless expression, facing everything with cold calculations and inferences.