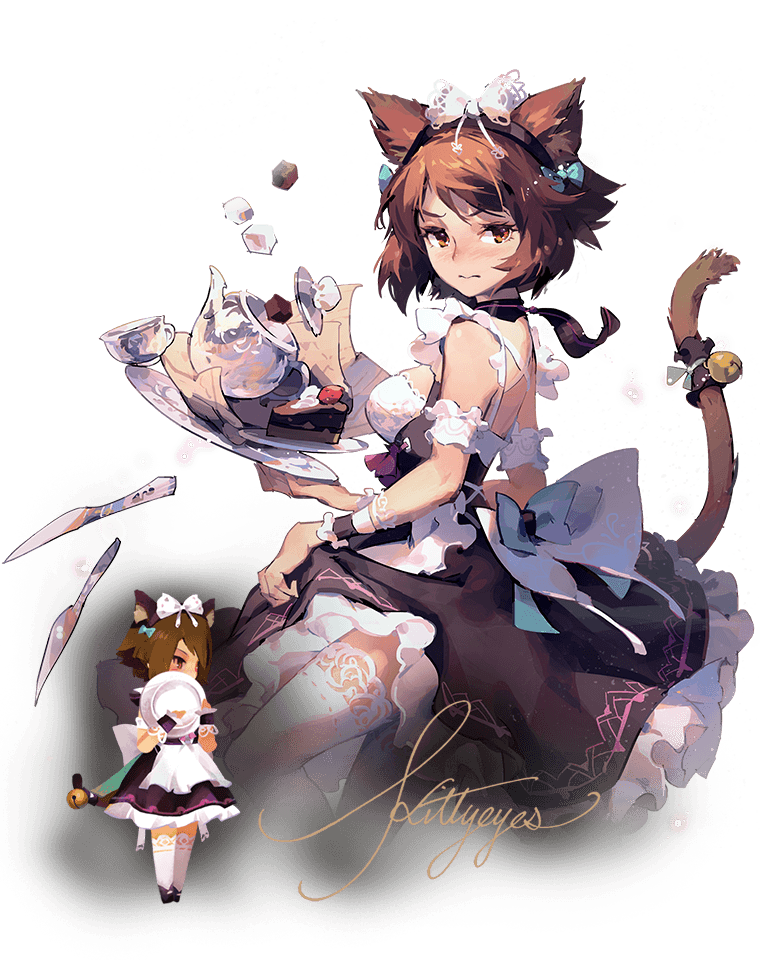 A cat-eared demihuman, who currently lives in seclusion with Roger somewhere on Paradise Prairie.
Although unable to recall his memories and now fondly regards Kittyeyes as a blood sister, her feral feelings prove otherwise, as Roger had never been viewed simply as siblings within that longing gaze.
Out of sheer luck, Kittyeyes happened to spot an attire at the bazaar one day, such purrfection in which she spent no time wasting to purchase. The sensational garment was chronicled to turn any chambermaid into Cinderella, the mere sight of it enough to stop men dead in their tracks.
Upon returning home, Kittyeyes immediately changed into the costume, walking to and fro while holding a dinnerplate. Silently chanting the manuscript provided by the merchant, the scaredy cat anxiously waited for Roger’s return……