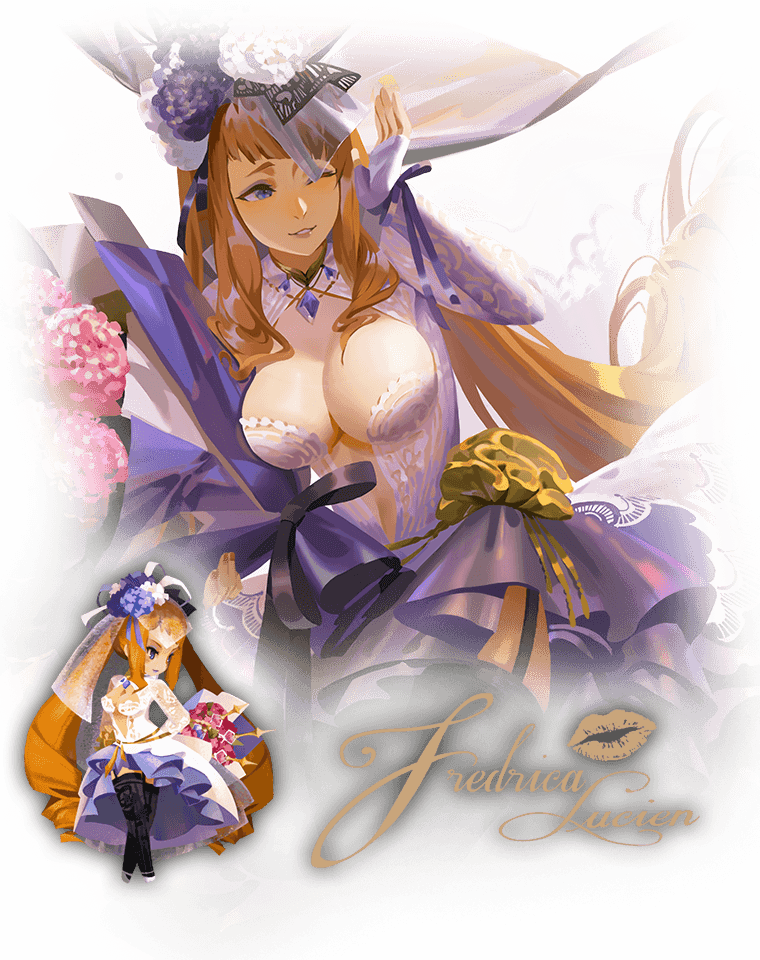 Who says the bride is always the most stunning woman at the wedding? That certainly wasn’t the case in the wedding of Fredrica’s ex-boyfriend.

After receiving an invitation to the wedding ceremony and discovering that the womanizer had found true happiness, Fredrica was shocked and simply could not let it go. She hired the most skilled dressmaker in all of the Kingdom of the Sun to work on her wedding dress day and night. Designing the most magnificent, brilliant bouquet at all costs, she was ready to give her ex-boyfriend a little “surprise”.

On the day of the wedding, Fredrica stole the show as soon as she made her entrance. She was the center of attention. After enjoying the acclaim of the crowd, the glamorous Fredrica generously gave her “sincerest blessings” to her ex-boyfriend. To have received such a heartfelt expression, there’s no doubt her ex-boyfriend will live happily ever after with his new bride.