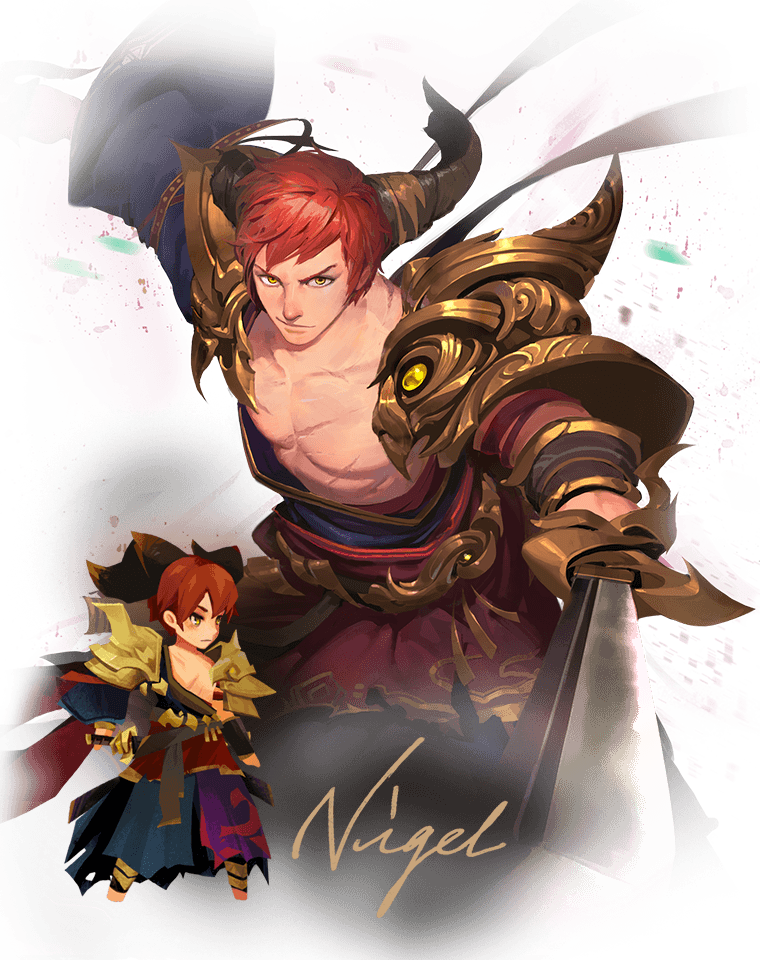 A demihuman youth from the Kingdom of the Sun’s Slums, Nigel is always active and willing to take care of others. He desperately wants to help the demihumans escape the difficult situation they are currently in, which means he can come off as overly brash and bold. Only those who are close to him know that he has a sensitive soul hidden underneath the brash appearance. After Izumi showed up, the constant clashes between between Izumi and Yamitsuki meant that Nigel was often caught in between. The tension between him and Yamitsuki also increased because of this. After experiencing serious challenges and struggles, Nigel finally realized his way of life. His personality gradually matured and became more responsible. He has grown to be a leader worthy of everyone’s trust.