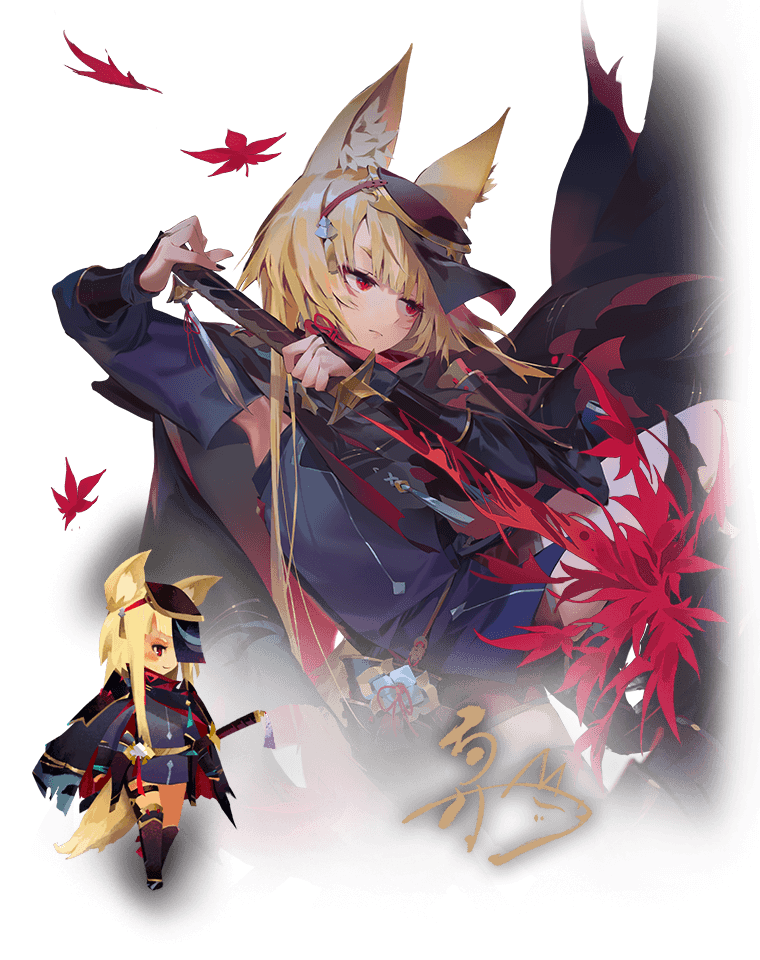 No matter where he goes, the smell of fresh blood inevitably causes those nearby to vomit. A stunning maple red, like the color of blood, and the emotionless expression of a demihuman fox are the last images one who encounters Izumi sees just before perishing.

When did Izumi appear in the East Alliance? It was as if a whirlwind of blood and gore had paid a visit to the East Alliance and infected the land. By the time people had noticed, he had already held the secrets of the various tribes in the palm of his hand.

10, 20, 100…even he is fuzzy on how many have fallen. How much blood has been spilled by that blade? Besides himself, those who may have had the answer are long gone.

Izumi lies in wait in the East Alliance, gathering reports concerning the inner workings of the East Alliance for the Dracontines. Carrying out this long and tedious mission, he often mutters to himself as he pulls out his blade, “Aren’t there any more interesting missions? More interesting people?” Finally, after some time, he’s received news that there’s a new mission that concerns Atlas……