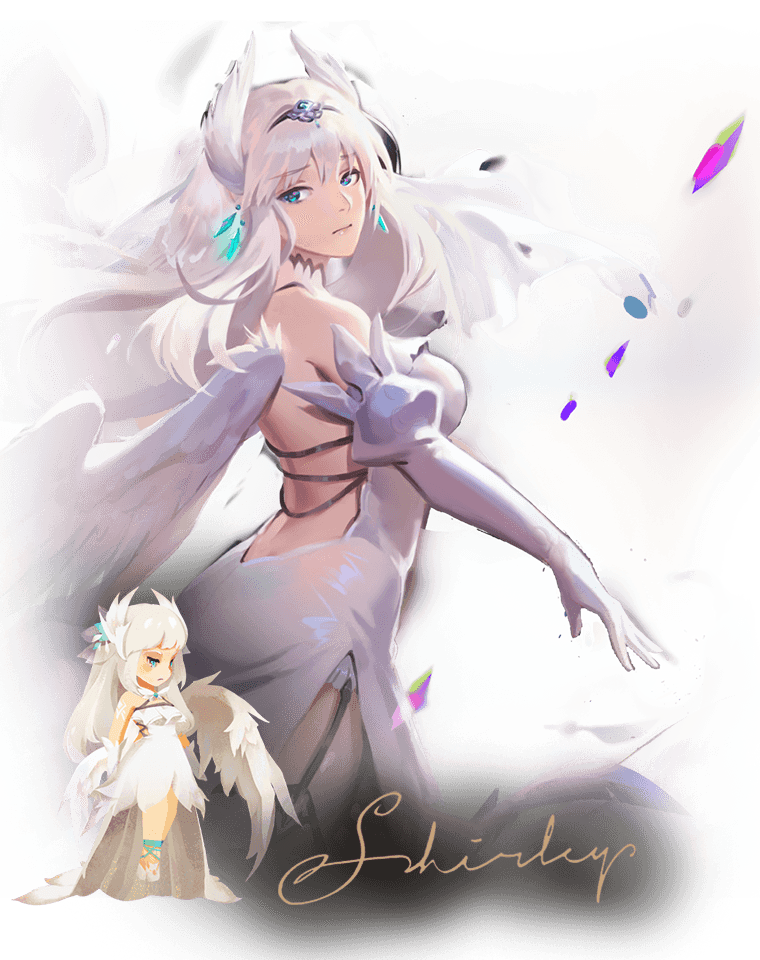 Mysterious member of the feather tribe. A spy and killer raised by the Dracontines since she was a child. Has an ever-changing personality, sometimes cheerful and outgoing, other times cold and mysterious. She has both the grace and confidence similar to that of a noble.
Shirley was tasked to go undercover in Rune Academy, then Kingdom of the Sun. However, in the latter mission, she fell in love with Theodore and ended up bearing his child. To protect her unborn child, Shirley chose to disappear, but in turn caused Theodore to become suspicious. Utimately, she died at the hands of Theodore.