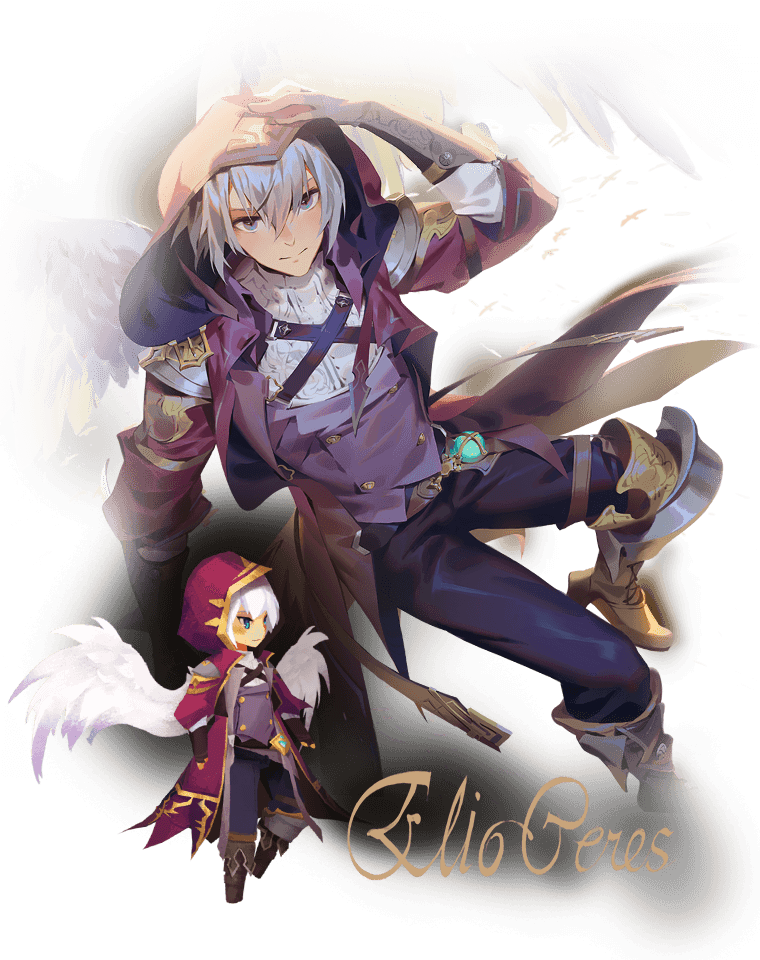 A top student at Rune Academy. Not long after he was born, his birth mother entrusted him to headmaster Charle. Charle later adopted him as his son.
His cool appearance may give off the impression that he is cold and inhospitable. However, in reality, he has a personality that is careful and earnest. A very self-disciplined person, he is never rude and treats everyone he meets with a great amount of respect. For the young girls of Rune Academy, Elio is the ideal partner they dreamed of having.

For the majority of his life, Elio has worked hard to gain acknowledgment from his foster father, Charle. However, deep down inside, he continues to have questions regarding his own ancestry. Therefore, he has been constantly searching for related clues in private.