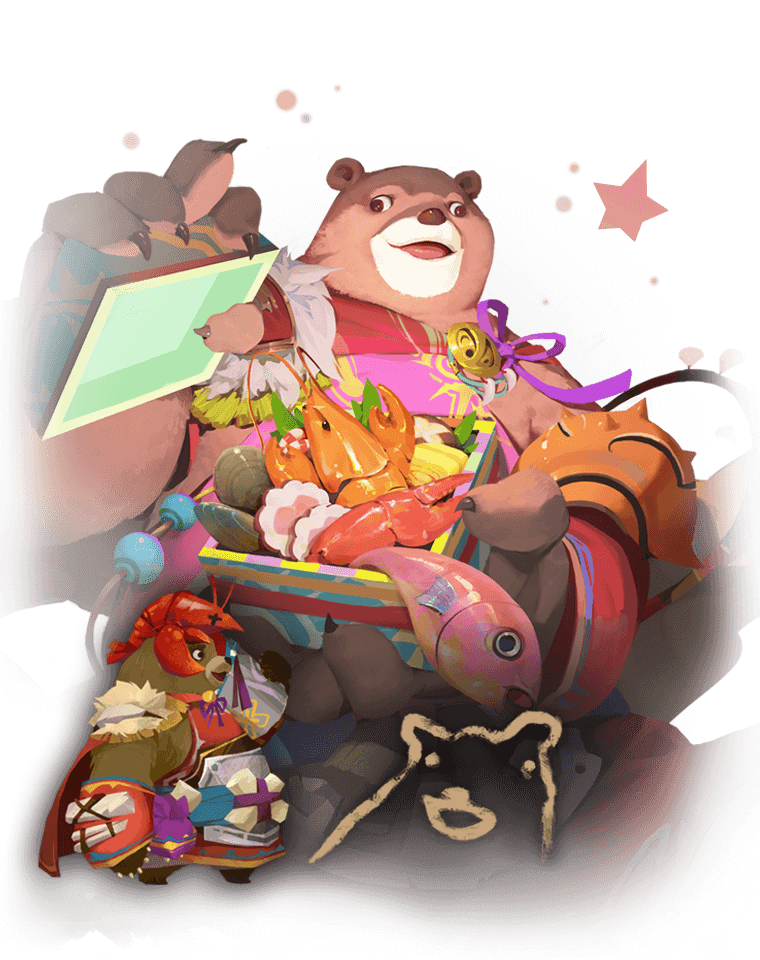 A Bear guard stationed in Totemtaff. Though kind-hearted and earnest, he's rather slow, literally and figuratively. An honest and simple fellow, “smart” is not a word anyone would associate with him. Because of this, he is often teased and looked down upon by his Bear comrades, and is only assigned basic jobs such as guard duty. He constantly screws up and gets in trouble during his job. However, he's unbelievably lucky and always manages to somehow save the day in the end. Despite his problems, things tend to turn out just fine for him. On top of that, he also has a beautiful wife who is the envy of all Bears. Enjoying the sumptuous and tasty boxed lunch prepared by his wife is the happiest moment for him every day. He is the living embodiment of the idiom “Fortune favors fools.” His favorite things in the world are delicious food and his wife. Once he ate his wife's lovely boxed lunch, he is the invincible DUMB BEAR SOLDIER!!!