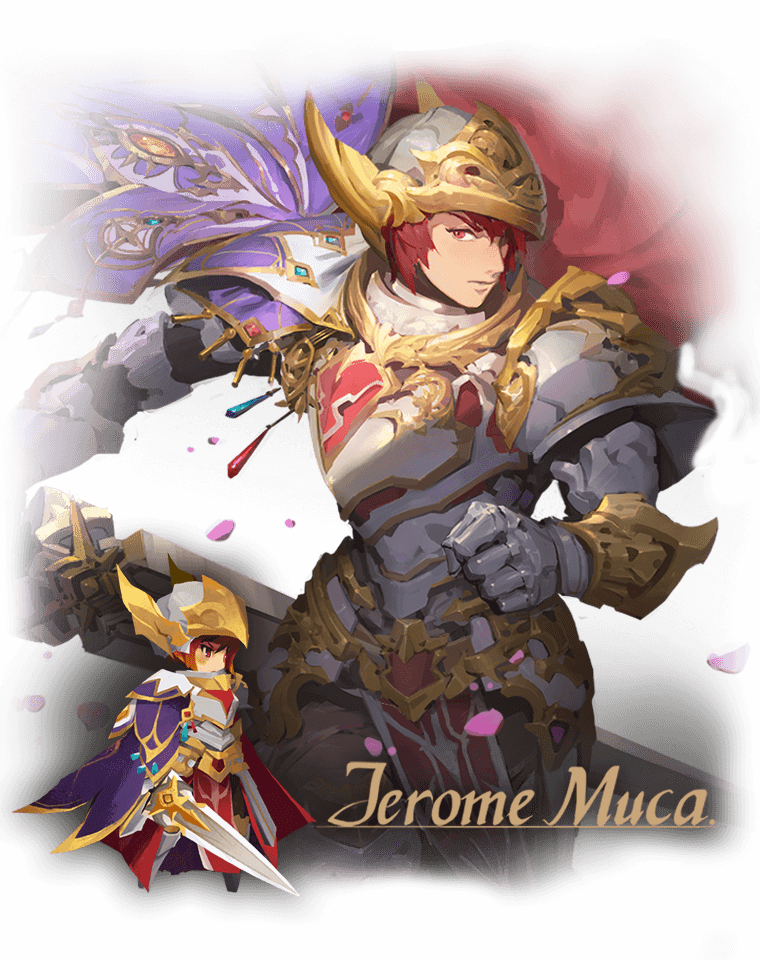 An officer who serves under the direct command of Fredrica Lucien. Even though he is young, he has quite a rigorous personality. Paired that with an old-fashioned way of thinking and you get someone who has zero sense of humor. He takes great pride in the fact that he's a member of the Kingdom army. Thus, he is never sloppy when it comes to his work.
A serious and constantly worrying guy, his time at work often bogs down to two things: Either forced to clean up the messes, sometimes straight-up chaos, for the lazy Fredrica or get dragged around in circles by her wacky shenanigans. Because of this, he really doesn't trust Fredrica Although this tense relationship has been improving recently, he still spends his days toiling and worrying for Fredrica.
After his relationship with Fredrica began to ease up, he received a surprise gift.
Even though he tends to raise quite a few eyebrows when he wears it, on any formal occasion, Jerome would still don the cape that Fredrica custom-made for him.