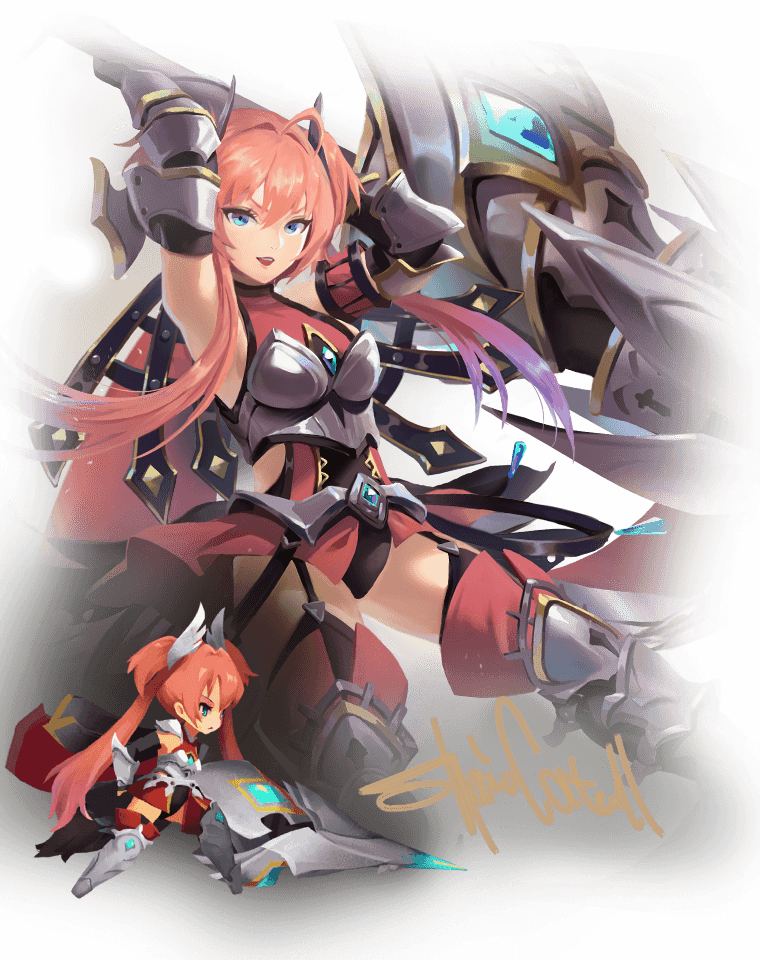 A female lancer that was sent to Maple Lake for a solo survey mission. A bit egotistical, she speaks in a vicious, almost threatening manner. However, her small figure and cute voice contradicts her own mannerisms, erasing any sense of threat.
Her words are very insincere. However, it’s rather easy to know her honest opinion as she can be easily induced into telling the truth. Once she realizes that she had spill the beans, she throws temper tantrums in an effort to hide her embarrassment. Despite desperately wanting to build a good relationship with others, she fails time after time due to her clueless and oblivious personality. She became the lone-wolf of the army and a head-case for her superiors.