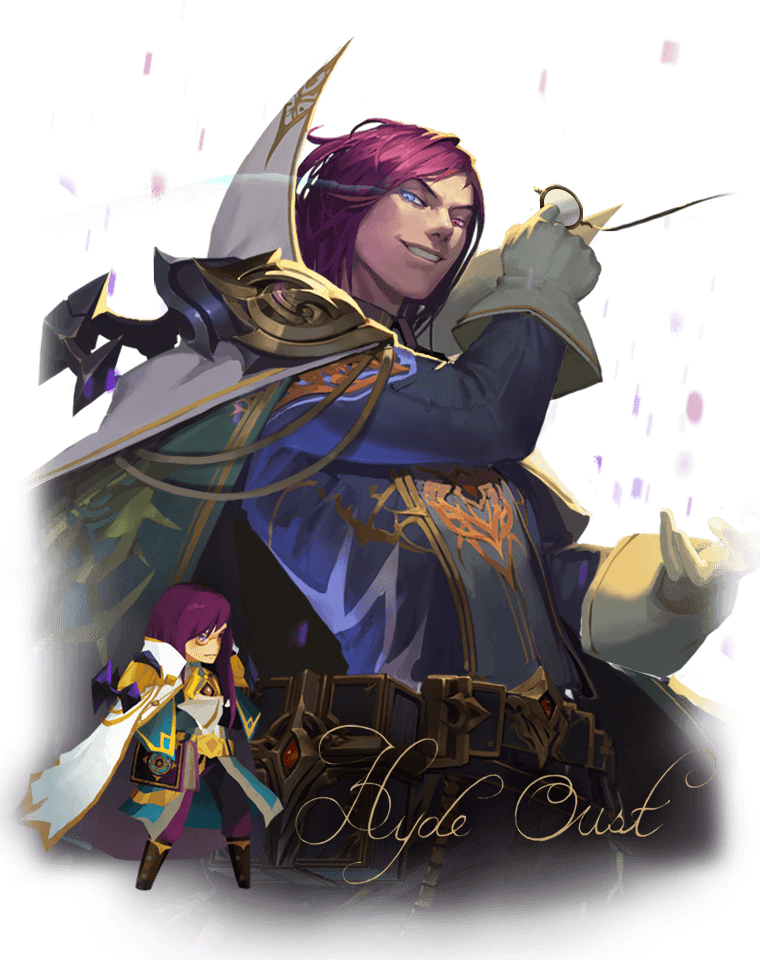 Disciple of Nikola, the strategist who once served the late King William. After Nikola passed away, Hyde followed his master’s dying wish and inherited the small school in a Paradise Prairie village. He taught poor children and was deeply trusted by the villagers.
Wise and resourceful, he handles issues in a calm and restrained manner. He always greets people with a gentle smile and very rarely displays strong emotions. Occasionally, his speech appears to be a mix of lies and truths, like he is keeping something to himself, thus making it hard to read his thoughts. After the Kingdom of the Sun civil war broke out, he became strategist for Sunshine Infantry and served under Angelia.