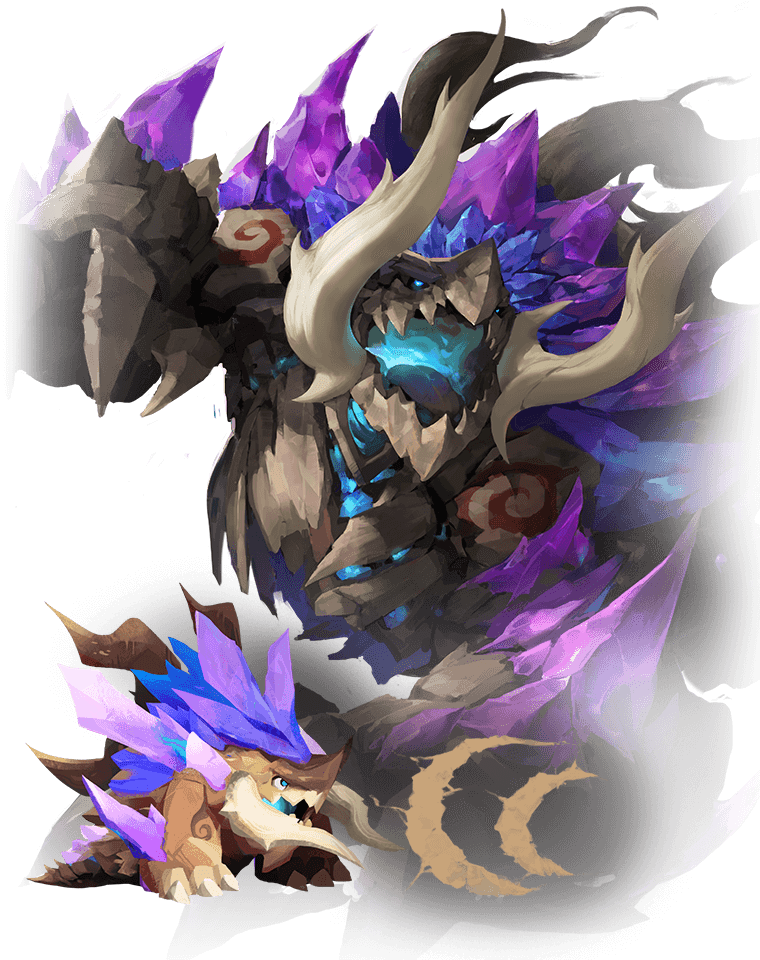 One of many Golems that live amongst the caves of Totemtaff, and the only Golem to ever bear a name. Relatively tame, he appears to genuinely like humans unlike other Golems. Revered by Bears since ancient times, these magnificent creatures thrive on solid earth, using it as both food and shelter. As they mature, Golems sprout gem rocks upon their backs, the objects used to power rune devices. As a consequence, human runesmiths covet these gemstones, one of the main reasons for ongoing Human-Bear hostilities.