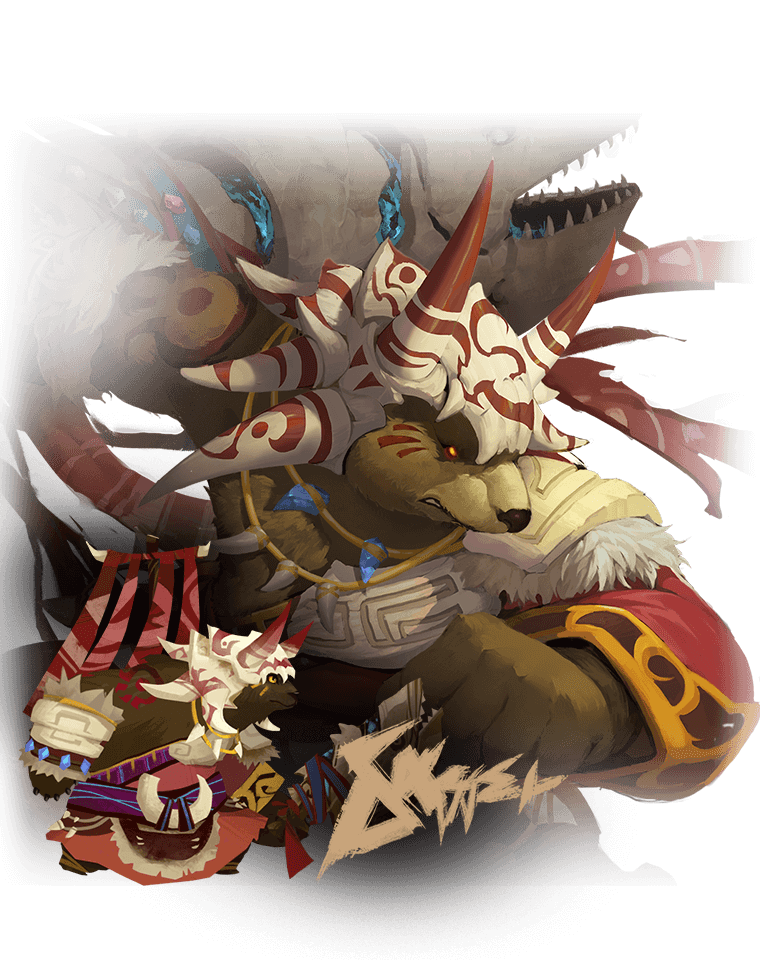 A young impulsive bear from Totemtaff, nonsensical and irrational with a soft spot for Golems. Wields a stone fish weapon dug up during his Rite of Passage.
When he was still a cub, his father was killed while protecting Crushfang during a Bear assault on Kingdom of the Sun. As a result, he now harbors an intense hatred towards the kingdom and resents Crushfang, his adoptive father.
Despises Crushfang's pacifism, and advocates waging war on the humans.