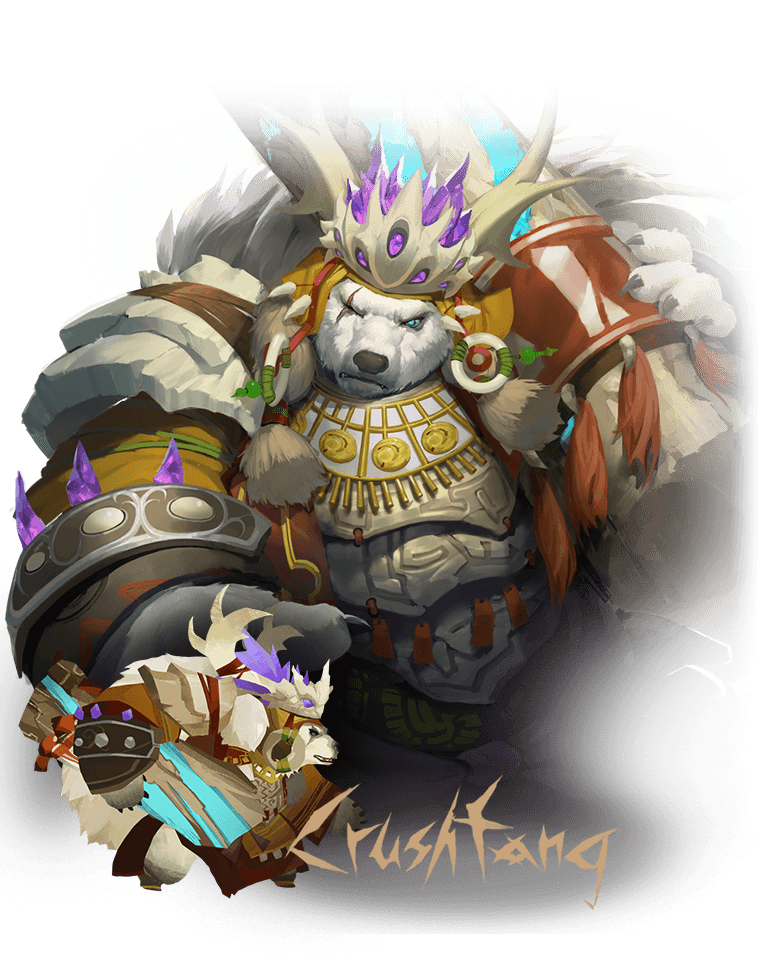 Chieftain of the Bears who wields a gigantic totem. A deep thinker with boundless philosophical wisdom. Like Colonel Dylan of the Sunshine Infantry, he thinks war should only be used as a last resort.
Feeling he must uphold the dignity of his office, he has trouble expressing his feelings as Dagger’s foster father. His overly strict parenting style has caused the two to become estranged.
He’s actually very fond of the cub, and the death of Dagger’s father haunts him to this day.