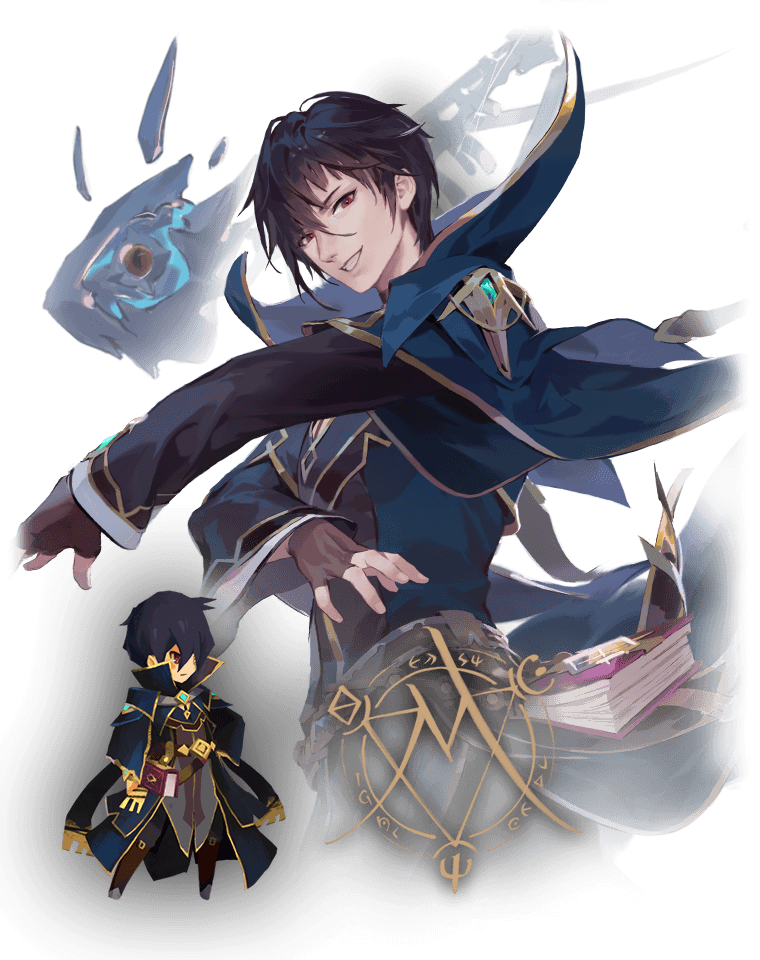 An assistant professor at the Rune Academy, and a scholar from the same period as Charle. His natural abilities well surpass his peers, and he’s the leader of the Academy’s Life Magic department. He calls himself a genius, and indeed he’s recognized as one in his specific field of research. He thinks that people who require “hard work” and “diligence” are actually idiots deserving of his mockery.

Conceited and narcissistic, Morris is prone to outbursts of anger and easily irritated. He’s ballsy with his actions and disregards how his actions affect those around him. The only things that interest him are his own research of Life Magic and those who are useful to his research. He recognizes the natural intelligence of his student Aosta, so he is particularly concerned with fostering his talents. Early on, he took Charle, a frontrunner in the field of Applied Magic, as his scholarly nemesis. However, after a shared incident, these enemies became friends working together towards a common goal.

After becoming a professor, Morris had a breakthrough in the field of Life Magic. The Rune creatures he created are his most powerful assistants on both the battlefield and during his explorations.