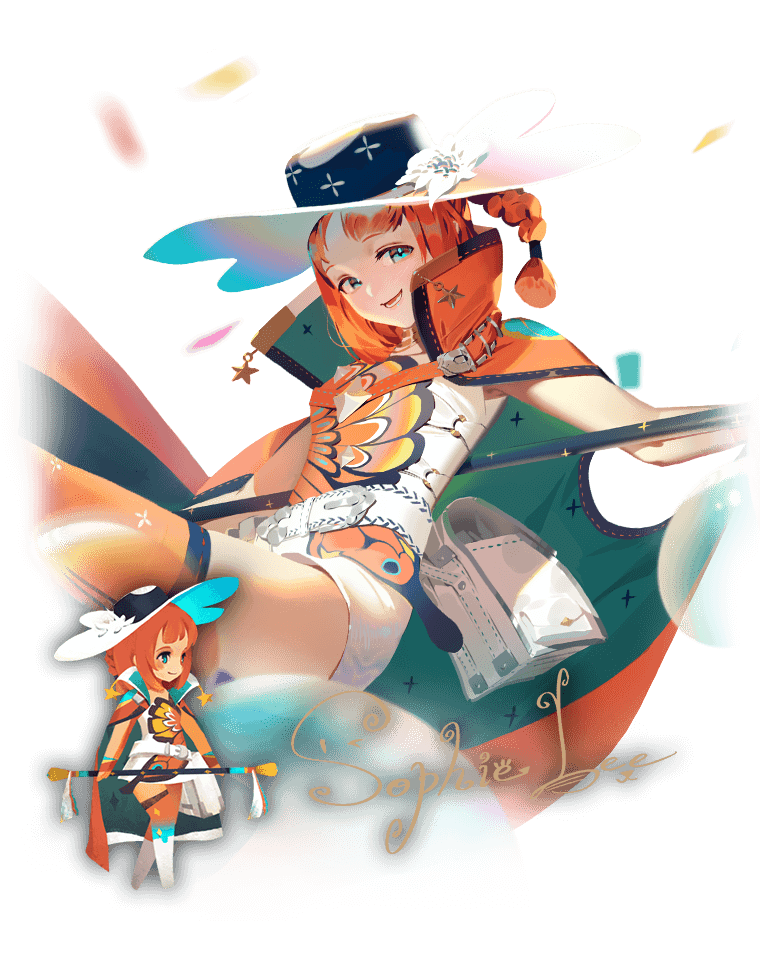 Ringmaster of Morgan’s Marvelous Circus, she’s lively and energetic. She likes to help others and always has a bright smile on her face. She is reluctant to speak what’s on her mind so as not to make others worry. Her parents divorced early on, so she lived an unstable life following her father Morgan around in the circus that he ran. Even though she never understood or forgave her father, she was still deeply affected by him. After her father died in an accident, she took over as Ringmaster of the circus. She continued taking her band of misfits to places suffering from war and natural disasters, determined to spread smiles and happiness to every corner of the land.

“When you’re down, you’ve got to laugh even harder”. Sophie herself now loves to repeat this saying of her father’s. It’s also the motto of Morgan’s Marvelous Circus. Sophie firmly believes that a smile can bring back the lost hope in people’s hearts.