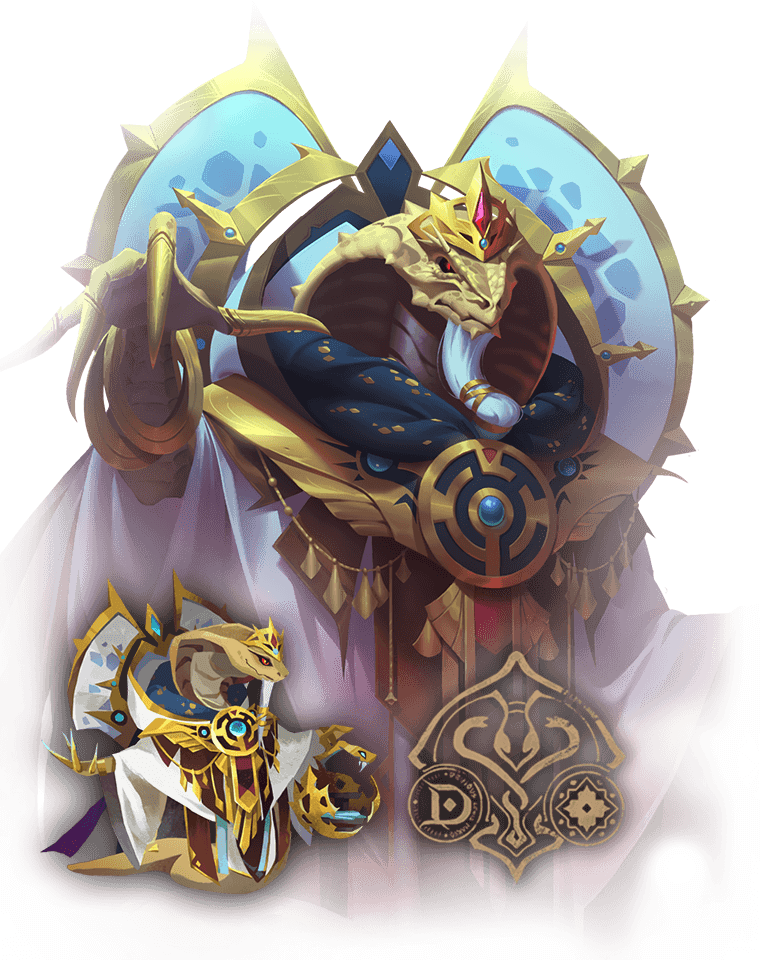 The High Priest of the Desert Kingdom, his personality is extremely old-fashioned. Regarding the worship of the Snake God, there’s no snake more devout than he.

Holding a highly esteemed position, even the nobility treat him with the utmost respect. As the most powerful religious leader, he presides over important sacrificial ceremonies and transmits both the Snake God’s wishes and blessings.

Although he is extremely conservative in his thinking, he nonetheless holds the well-being of the shrine and the people as fundamentally important. His concern for the future of the Desert Kingdom is unparalleled, shown by his private donations to a Desert orphanage. Recently, due to his increasing age, he has not been as capable of addressing the internal and external conflicts of the shrine as he would like.

The past several years have seen the dispute between the Holy Shrine and the Royal Court raised to a fevered pitch, affecting the atmosphere of the entire kingdom. Pitting Misa against the Royal Court at any chance he gets, his methods are gradually changing from what they once were…