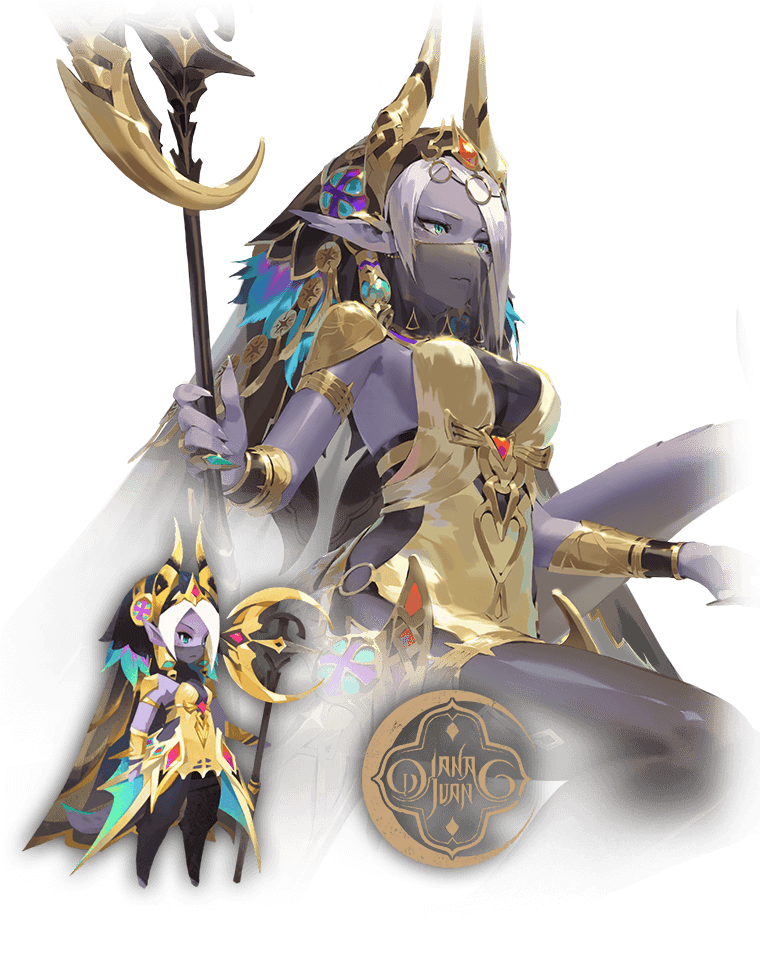 Though she bears a heavy burden and feels frustrated inside, she rarely reveals a weak side. She will only put down her guard around General Lazer, where she maintains a complicated expression that is hard to put into words.

Uneasy about her repressed emotions and doubtful of herself, Diana, sitting on the Queen’s throne, will turn the page to a new chapter for the Desert Kingdom.