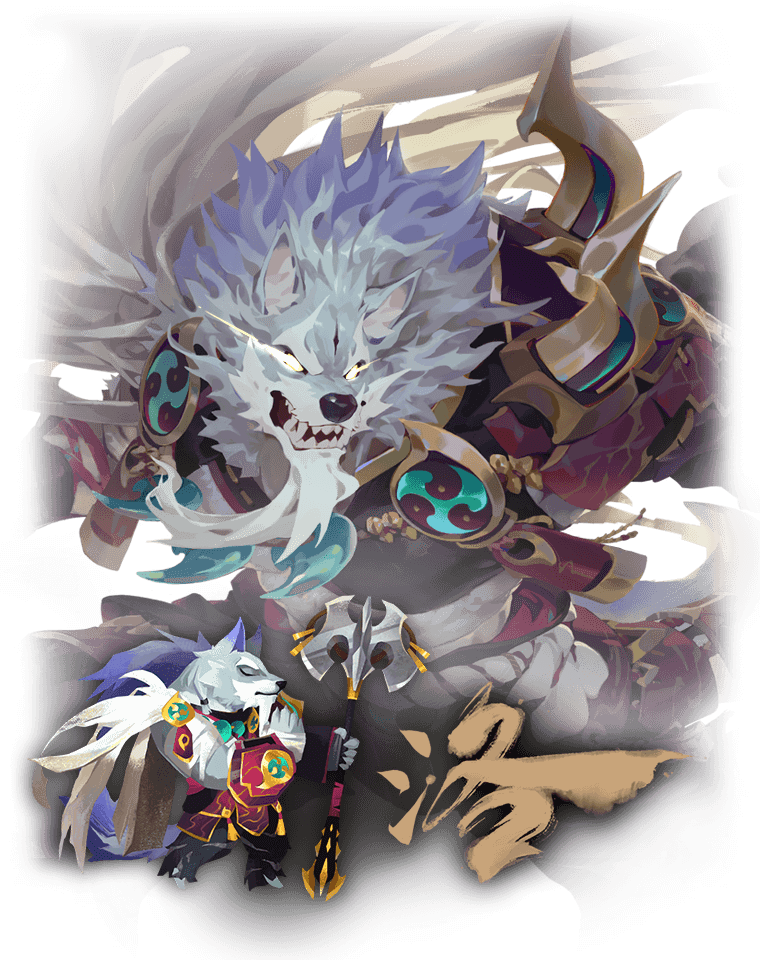 A herculean, wolf beast from the East Alliance who is a renowned martial arts master within his tribe.

Usually, he is humble, peace-loving, and encourages others to be virtuous. Try as he may, he can’t hide the fact that in reality, he is explosive and short-tempered. He often lets his true nature get the best of him and will explode with complete disregard for the consequences. But as fast as his rage comes it goes, leaving him regretful and bewildered about his actions. This process is constantly repeating itself, causing him to continue to search for inner peace.

Although he is always quarreling with his disciple Miranda, their teacher-student relationship is exceptionally deep. He is a long-time friend of Yan-Bo’s from his days in Maple Lake, though they haven’t seen each other for quite some time.

After counting down from three…Law’s ability to think rationally explodes and he’ll beat down his opponent until their teeth fall out. When he gets in a rage, there’s no one who’s able to hold him back.