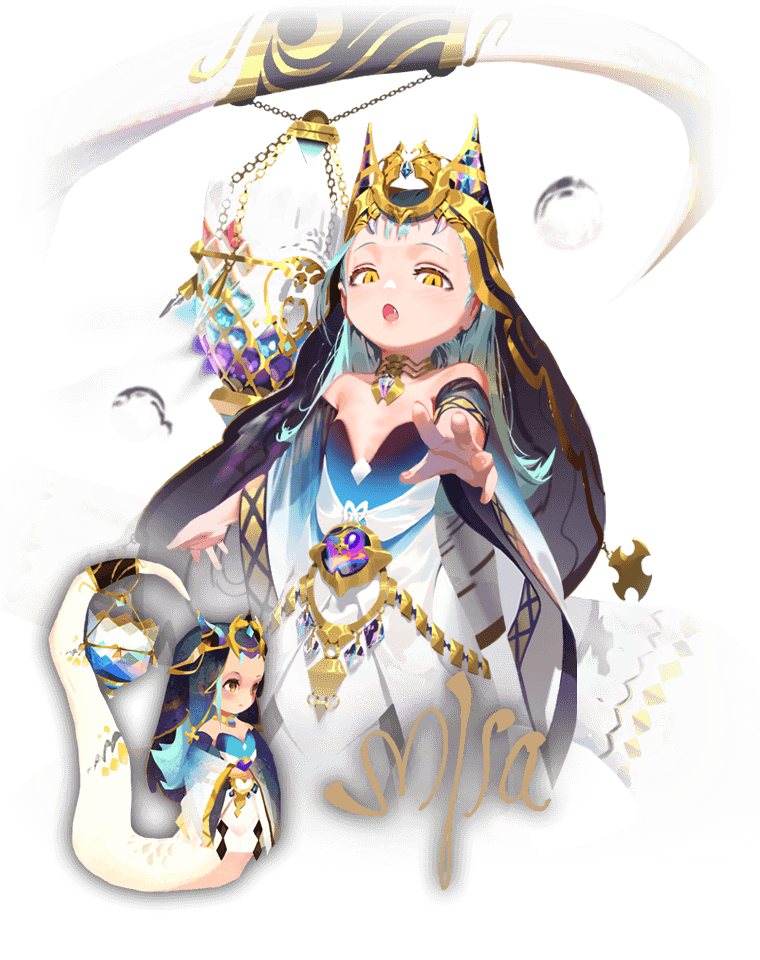 A snake demi-human regarded in the Desert Kingdom as the Holy Maiden of the Snake God religion. Previously an orphan, she was chosen by the High Priest Devious to be the Holy Maiden of the Holy Shrine after he discovered her special abilities. Pure and innocent, she is proud of her sacred position and has the noble heart and sense of duty to support her faithful followers.

Although her body is weak and frail, she possesses a miraculous healing ability, which is what leads the faithful to see her as the reincarnation of the Snake Goddess. With the deliberate backing of the High Priest Devious, she became beloved amongst the people. This caused the prestige of the Holy Shrine to surpass that of the Desert Kingdom’s Royal Court.

Her devotion to the Snake God is beyond measure; if she encounters blasphemy against him or is herself crossed, the offender will suffer unparalleled humiliation and wrath. Her identity as the Holy Maiden and her miraculous healing powers are everything to Misa. Her desire to help the people is, without an inkling of doubt, sincere and heartfelt.。