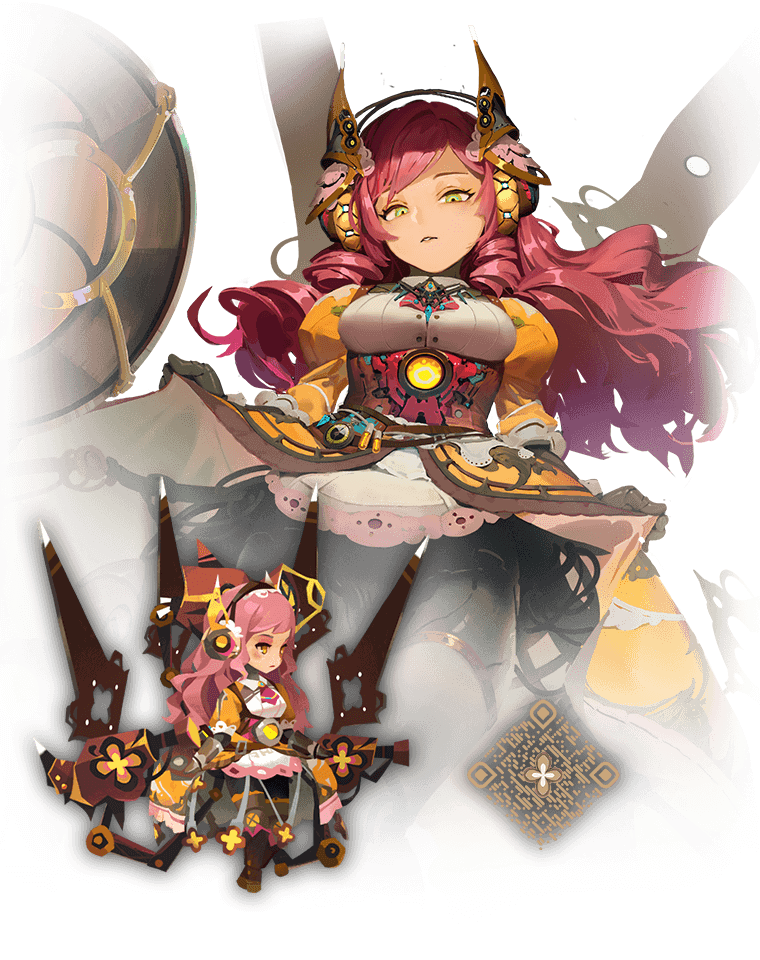 Though her history is unclear, it’s been said that she comes from the Mechanical Territory. Though she is pre-programmed with fighting abilities, due to a malfunction, she’s forgotten Secret Mission: &͠҉̴̵̨͜͟͜͜͜%̶҉^̶̀͢͏$́̕!͏̵͠͝͝ ̴̵̧̕͟)̕͏͜(̷̢̨̀̀!͏̛$̧́͞^̨̛͞&҉͏͘͜@̨̕#͠͝ ̴̨͟͠͝*̴́&̵͘. Her personality is that of an innocent toddler, with an immense curiosity regarding the world around her. She possesses abundant energy and has yet to understand jealousy, doubt, and other negative human emotions.

For some unknown reason, she floated to the harbor of the Desert Kingdom. Originally, she was considered trash and tossed to the side. Luckily, Clark happened to be passing by, and as an expert in Rune items was able to repair her. However, her system still occasionally crashes, causing problems mostly for Clark. She lacks common sense and an understanding of inter-personal issues, causing her to both shock and delight those around her.

Maria especially loves Clark and the Rune powered bird that he created, Chu Chu. She takes Clark to be her primary master and follows him wherever he goes.

Following a serious malfunction, Maria was restarted and her true self was restored; a cold-hearted robot who has absolutely no understanding of emotions.