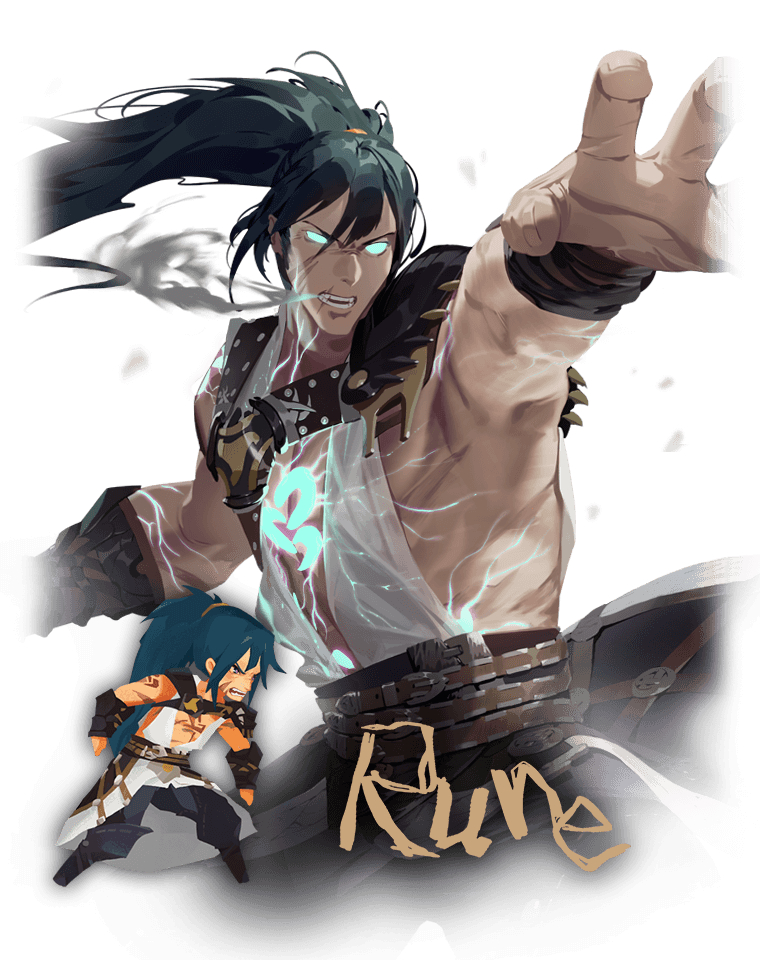 Has memories of being sold to the Desert Kingdom by a slave trader and being raised as a slave warrior. Fierce and large in stature, he’s an expert in battle. Since his master has only ever valued his physical abilities and never seen him as a real human being, he is used to running on all fours and possesses communication skills akin to that of a child. He requires a command from his master to act and lacks the ability to distinguish between good and evil. At first glance, he appears to be a fierce beast, but in reality, he is loyal and sincere. On his body remain the scars of lashes he received during his time as a slave. After throwing off his slave identity, Rune has gradually gotten used to taking action without any orders. He has a confused vision for the future and has finally found meaning in his life.