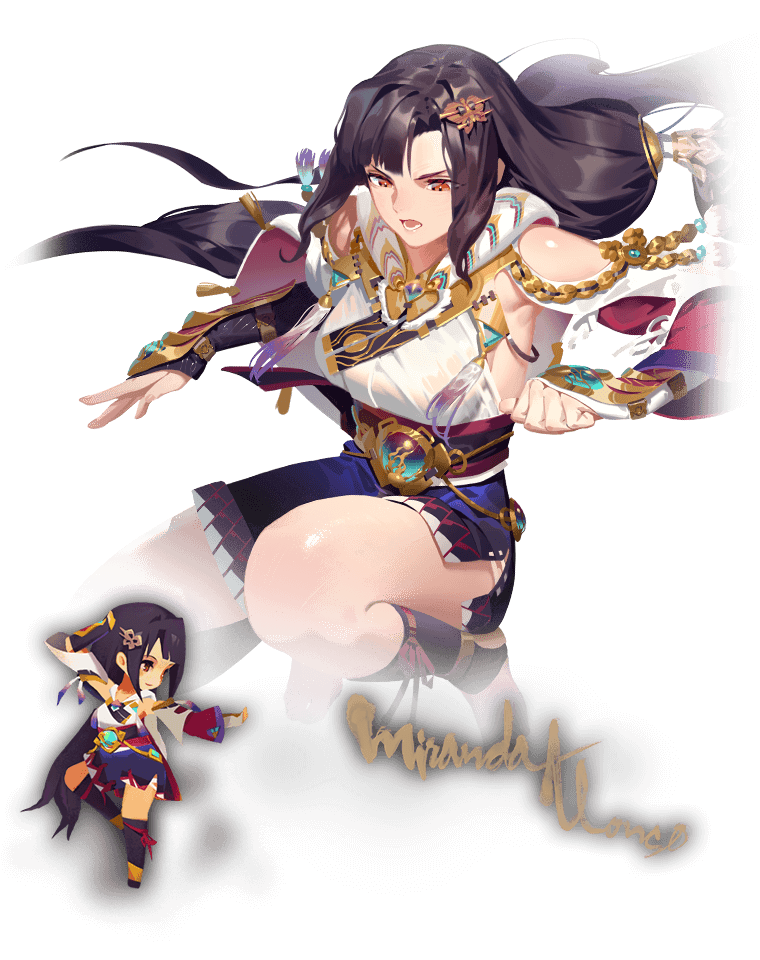 Born in the Kingdom of the Sun, because of her outstanding martial arts talent, she was chosen as an exchange student to study in the East. She’s got a candid demeanor and is extremely loyal to her friends. Although she looks tough, she’s actually got a soft side.

Although she possesses superhuman strength, during the initial stages of her martial arts training, she was unable to grasp the main components of the art. Thanks to her master, Law, she started making progress. This caused her to cultivate great respect for her master. In order to become eligible for a tournament in the East Alliance, she began her journey, where she got caught up in the civil strife that occurred in the Desert Kingdom. After returning to the Kingdom of the Sun for a short period of time, she then headed to the East Alliance with Law.

After arriving in the East Alliance, Miranda attended the martial arts tournament, proving that her superhuman strength is a symbol of honor, capable of protecting others.