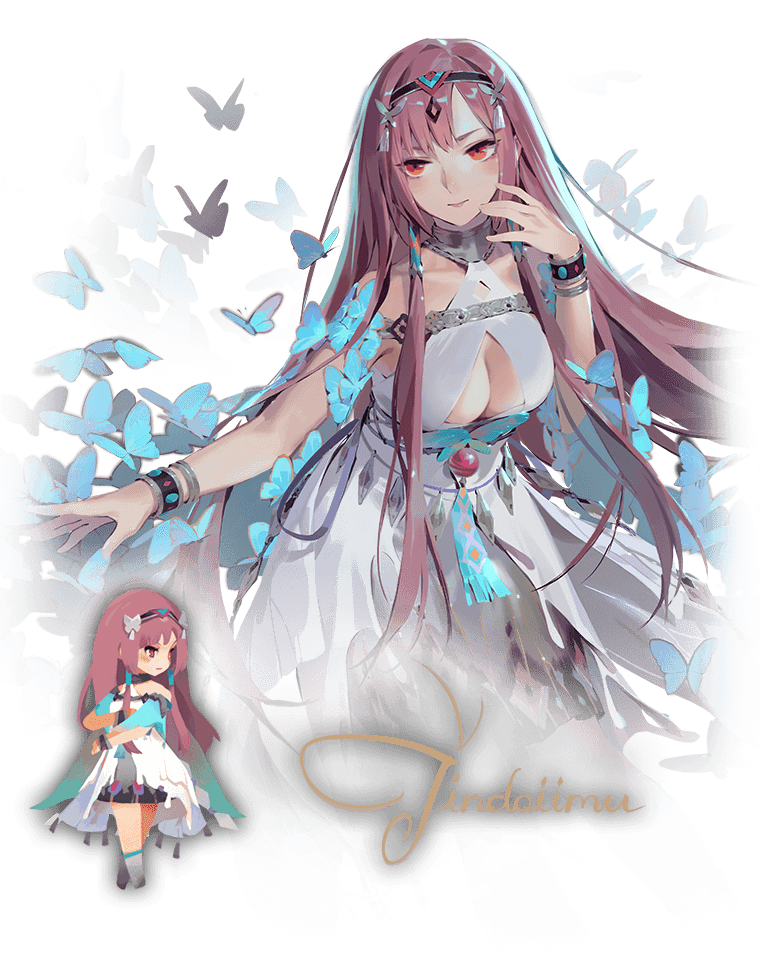 Princess of the Insect Tribe with first rights to the throne, merged with a butterfly. Tenacious and independent - some would say “un-princess-like” - she would often escape from the palace as a child to explore.

As a result of the Insect Tribe’s defeat in their war with the Alliance 9 years ago, Princess Tindoiimu was given up as political hostage along with her servant Tingko and nanny Jiyanama. Although on the surface the Alliance respects the princess' wishes, in truth they have her under strict supervision. As a result, Tindoiimu has lost much of the vivacious personality that defined her as a child - doing her best to avoid speaking out and angering the Alliance, with hopes of saving the Insect tribe from more of their scorn. After becoming wrapped up with Juan Yun, sensing his kind spirit in spite of his overbearing advances, certain complicated emotions begin to take root.